Here are a list of his most Frequenty Asked Questions and the corresponding answers.

What is the worst disaster that Mr. Neveau encountered with FEMA?

Hurricane Sandy. This was the most devastating disaster to affect a highly populated area–– Manhattan. It was also the longest electrical blackout in the continental U.S. Recovery and response were compounded by a freezing snow storm five days after the hurricane destroyed homes and business with a contested Presidential election looming in a few weeks.

Why is Mark considered one of America’s most prominent wild fires expert?

He has commanded emergencies at all levels of government, from leading a strike team of fire fighters to battle wildfires in Southern California to managing Presidential Disaster across our nation.

He has also spoken extensively in 2018 and 2017 about the Chico Camp Fire, recent Southern California / Malibu Fires, and the Santa Rosa Firestorm.

He is the only FEMA Federal Coordinating Officer in history to manage emergency incidents at
the local, state and federal level. His experience in organizations, media, politics, and executive
decision making has supported his maturation.

What are the most prominent natural disasters with which Mr. Neveau has been connected? 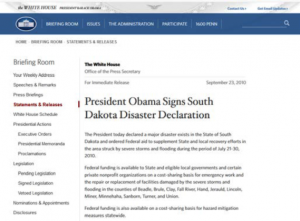 While employed by FEMA, these included:

The biggest discovery has been understanding that, in the end, all disasters are local. We must remember that we are not just talking about esoteric things and operations; we are affecting people’s lives, families, and livelihood.

Where has Mark Neveau appeared as a TV commentator?

Mark has principally be interviewed on Fox News, KTVU, Channel 2 (San Francisco – Oakland).
Other stations in other markets include:

What is the news cycle for a typical natural disaster?

Where has Mr. Neveau addressed large groups as a dynamic public speaker?

From California to Florida, Mr. Neveau is a highly entertaining, dynamic, and informative speaker.
Recent speeches have included:

What does it cost to hire Mark Neveau?

Mark’s fee is $10,000 per keynote address, which includes a 1-hour presentation and 1-hour post presentation discussions, plus 5 hours of prep time: interviewing organizational leaders, reviewing your culture of organization.

What topics does Mark speak about?

His speaking topics include:
– Natural disasters and recovery efforts he has managed.
– Executive decision making.
– Media relations for your organization.
– How to work through cultural abnormalities and thrive.
– “HOPE” as a tool to drive your organization.

What are Presidential Orders for natural disasters?

Here is an example of a Presidential Order that requested the participation of Mark Neveau … After massive flooding between April 16 and May 14, 2013 in the State of Michigan, the U.S. Department of Homeland Security’s Federal Emergency Management Agency announced that federal disaster aid had been made available to supplement state and local recovery efforts in the affected area

Mark A. Neveau was named as the Federal Coordinating Officer for federal recovery operations in the affected area. Neveau said additional designations may be made at a later date if requested by the state and warranted by the results of further damage assessments.

What projections or extrapolations has Mr. Neveau made through his expertise and experience in responding and discussing local disasters?

Below is a list of lucky hunches, extrapolations and experience where Mark Neveau was able to share information about a subject prior to the events transpiring.
1. Hurricane Irma, September 2017: